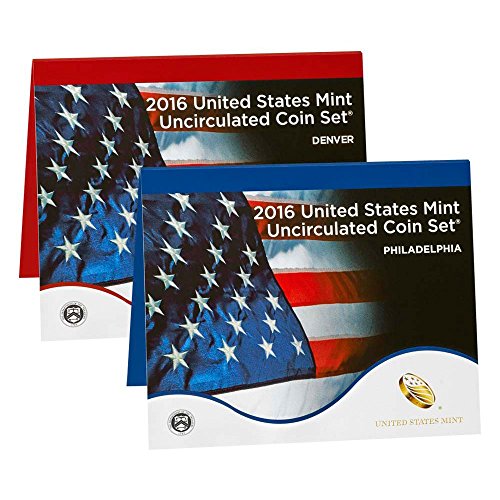 The 2016 edition of the United States Mint Uncirculated Coin Set features the following coins in each folder:

* (1) Native American $1 Coin
Reverse (tails side) design depicts two helmets, one inscribed with WWI and the other with WWII. The two feathers forming a V on this dollar coin symbolize victory, unity and the importance of the role these code talkers played.

This set comes in its full original US Mint packaging.

The “Stock Images” used in this description are an indicator of the quality of the item you will receive. The actual item you will receive is guaranteed to be as described and depicted.2016 United States Mint Uncirculated Coin Set (16RJ)
Includes Original Government Packaging & Certificate of Authenticity